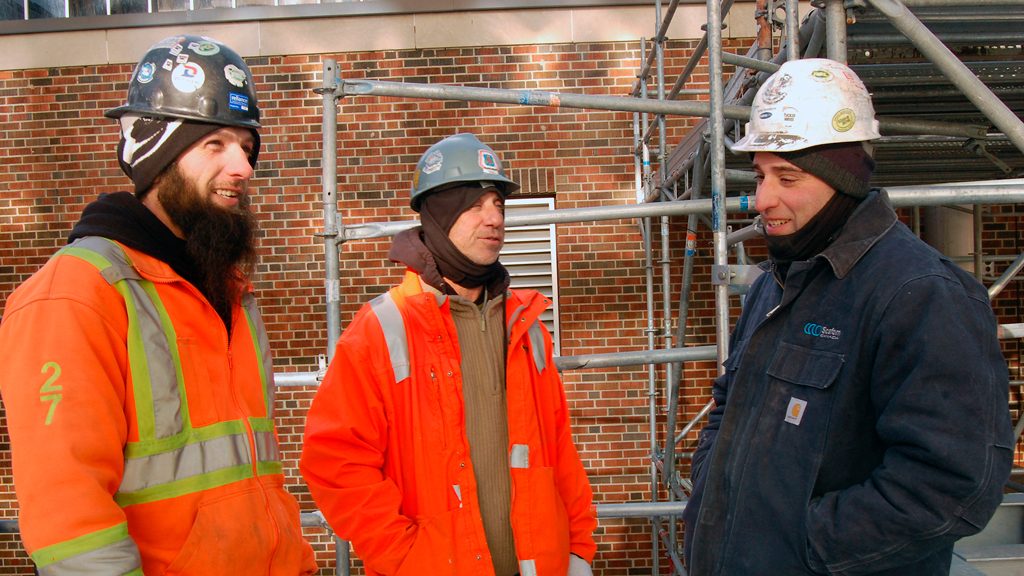 Erecting scaffolding in subzero temperatures, such as the kind that locked most of the country in an iron grip earlier this winter, requires extra vigilance.

“We’re dealing with cold and ice and drizzle. On some days, it’s just too cold to work,” says Scafom Canada foreman and journeyman carpenter Mike Romeiro.

The design and layout of a scaffold varies according to project conditions and engineered drawings are required for suspended ones if they are going to be higher than 50 feet, or if demanded by the client, he says.

Dismantling them is no less challenging and has to be undertaken in the same systematic order, with the same emphasis on safety, says Romeiro.

In late December, while many people were enjoying the Christmas break, his crew was braving the frigid weather to partially remove a system scaffold at a downtown Toronto office building. It had been erected by the crew last fall so a contractor could build a steel base for two generators.

Below on the street, a designated ground crew was temporarily closing streets with the help of a police officer, “so if by accident we had dropped something there wouldn’t be anyone below us,” he explains.

“And, of course, the workers were tied off while dismantling our deck system.”

On this particular project, pipes, fittings, tubes and other scaffold components were removed and temporarily stored in the tower before being taken away by elevator. Entering the building gave the workers a brief respite from the weather.

After several years in the business he has strong opinions on the precautions that have to be taken in the winter such as taking numerous warm-up breaks, wearing the right equipment and dressing in layers.