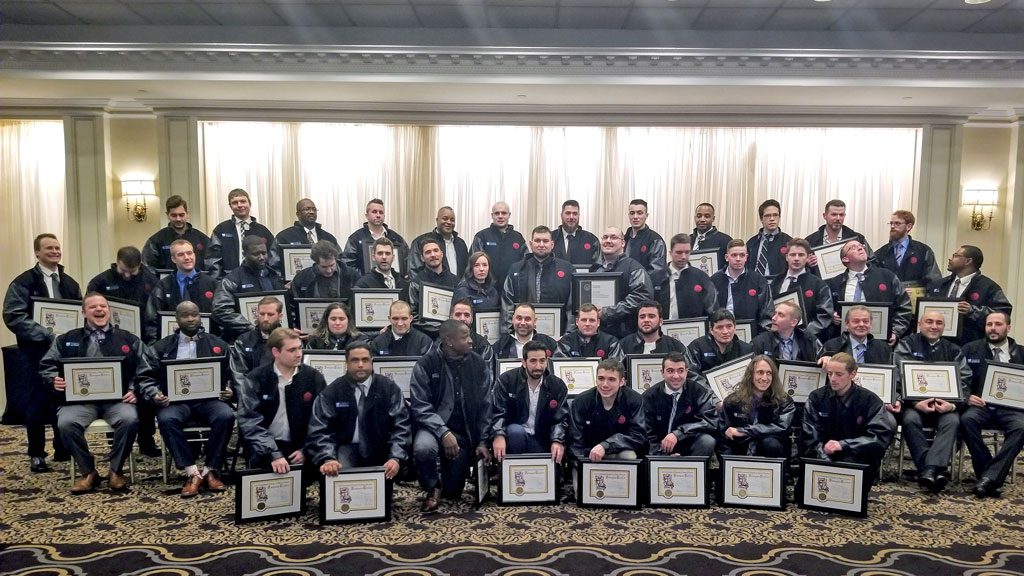 That was the message Mike Yorke, president of Carpenters’ Union Local 27, told graduates at the College of Carpenters and Allied Trades (CCAT) 2018 apprenticeship graduation ceremony held recently in Concord, Ont.

He congratulated the graduates on their hard work and pointed out while the industry is evolving, training is still key.

“Our commitment is to deliver the best job at the best price, the most productive workers and that is what you are going to be, that is your goal and your responsibility out there,” he said.

“You are starting a new stage in your career. You’ve got four or five years of apprenticeship behind you, now you’re going out in the industry. There is probably a lot more expected of you. Gone are the days when you can say I’m only a second or third year apprentice I shouldn’t have to know how to do that, now the challenge is you’ve got to know and you’ve got to deliver. We know that you will.”

He pointed out the industry is strong right now with some of the largest jobs happening in the Greater Toronto Area.