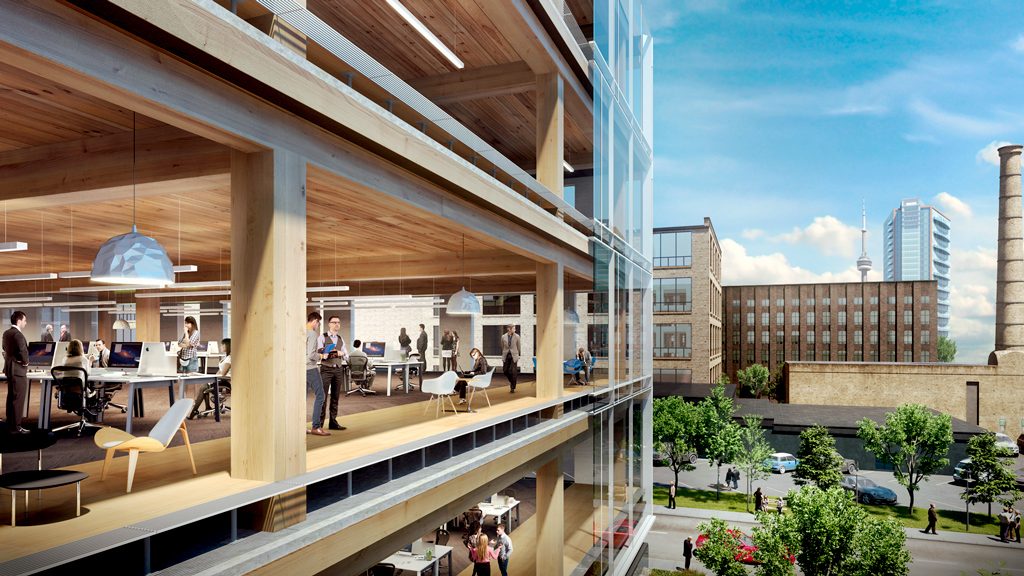 Toronto’s first office building constructed of wood under the 2015 amendments to the Ontario Building Code will be on the rise early next year in the west end neighbourhood of Liberty Village.

The project, known as 80 Atlantic Avenue, consists of four-storeys of nail-laminated timber (NLT) — two-by-eight and two-by-10 lumber nailed together — with glulam beams and columns above a one-storey concrete structure. The elevator core and stairs are reinforced concrete.

To build the unusual structure, a mockup was created.

“When you are innovating, you want to make sure everyone understands what you are doing, what you are building, how it goes together and what the esthetic expectations are,” points out Michelle Xuereb, project architect with Quadrangle.

“The mockup allows us to work out any of the challenges of construction ahead of time,” adds Ryan Desjardins of Eastern Construction, who is the construction manager. By comparison, steel and concrete construction is straightforward because “you have tried and true methods.”

He says the mockup represents “the entire structural bay of a key corner of the building…including a cantilever.”