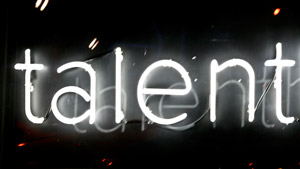 The Atlantic Canada Regional Council of Carpenters, Millwrights and Allied Workers (ACRC), as well as the Carpenter Millwright Colleges and Trust Funds of Atlantic Canada, are the proud hosts of the 2017 United Brotherhood of Carpenters (UBC) National Apprenticeship Competition being held in Charlottetown, Prince Edward Island, August 25-26, 2017.

The best apprentices in the country will be competing in a diverse range of disciplines, including carpentry, drywall, millwright, floor covering, and scaffolding. Their superb skills will be on display on Saturday, August 26 at the wharf area outside the Delta Prince Edward hotel. The ACRC will also be hosting a picnic from 11 a.m. to 2 p.m. on August 26 that is open to the public. There will be a barbecue, kids’ activities, giveaways, and much more. Be sure not to miss this special event.

We look forward to welcoming you and all our competitors from across Canada to the Birthplace of Confederation, during Canada’s 150th birthday, and the 25th Anniversary of the UBC Canadian National Apprenticeship Competition!

The Atlantic Canada Regional Council of Carpenters, Millwrights and Allied Workers is part of one of North America’s largest building-trades unions, with nearly half a million members in the construction and wood-products industries.

Carpenter Millwright College Nova Scotia first opened its doors on March 30, 2009 as a registered Private Career College.  Its sponsoring organization, the Nova Scotia and Prince Edward Island Regional Council of Carpenters, Millwrights and Allied Workers, had successfully delivered trades training for 20 years.  CMC was created in response to the needs of the industry and continues to strive to create training for the Commercial Industrial Construction Sector.